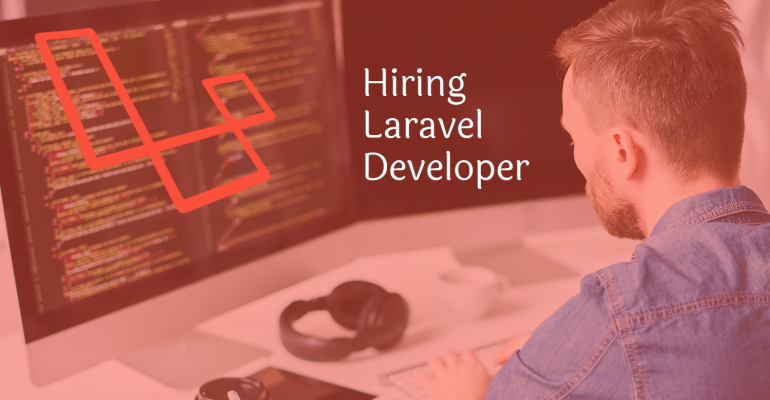 Laravel is so incredibly powerful and feature-rich PHP developers prefer using it over other technologies in building diverse web applications. When used right, Laravel can push boundaries of what’s possible and open floodgates of opportunities.

Technologies like Laravel that hold the potential to leapfrog you ahead of competition pose a unique challenge: while Laravel is awesome, how do you get the people who’ll do full justice to it? In other words, what factors will you need to keep in mind when you put together a team of Laravel professionals?

When you wish to hire expert Laravel developers, it’s convenient to rush and go for the best-priced developers that fall within your budget. That’s neither smart nor productive. With thousands of developers all around, it’s important you chalk out a set of criteria every Laravel developer must live up to, in order to qualify into your team.

If you can get your selection criteria right, the actual project will be a lot easier. Here are the 7 most important things to consider while hiring the most suitable Laravel developers.

Arguably, this is the most important criteria. On the one hand, developers must stay within the projects costs you mutually agreed upon. On the other, the project must be completed within the timeframe specified. Often these two objectives sound contradictory and need to be balanced.

This is an equilibrium not every developer can maintain. As the project proceeds, developers with inadequate skills or experience are likely to falter on milestones. And it’s these delays that drive your costs north.

So, you’ll want to verify how equipped and competent the developers are to honor the commitments and walk the talk. Typically, this can be assessed by interacting with previous clients and asking some pointed questions to the developers.

2. The level of post-development support the project requires

As they say, begin with the end in mind. What would you need after the project is completed? In real life, there aren’t too many projects that, once completed, ‘live happily ever after’. All projects require support, of varying degrees, once they go live. An update here, a tweak there – is your developer both capable and available to take up all that?

Expecting your team to take over support once the project is completed is not always the best thing to do. That’s because the developers who have worked on the project know what role every line of the code plays. That makes the original developers the right people to offer support as well.

Often, the duration for which Laravel developers have been associated with past projects after completion can tell you the extent of support you can expect.

3. Communication skills of the developer

It’s easy to be blinded by the technical competence or the aesthetics of previous projects of the shortlisted developers and ignore an important factor: communication skills. If your Laravel developers are technically strong but face serious communication issues, rest assured it will lead to goof-ups and delays.

Every feature you require will need to be laid out in excruciating detail. In all likelihood, you’ll end up doing more hand-holding than is good for your project. A developer with strong communication skills, on the other hand, grasps precisely what you’re looking for.

Apart from the quality of communication, you’ll want to observe the promptness with which the developers respond. You’ll need to cut through the ‘sales pitch’ of the developers in the initial stages and dig deeper to understand their actual deliverables.

There are developers and then there are full stack developers. It’s very easy to find out if the developers understand the basics of Laravel, but it takes some effort to figure out their advanced competence. Two developers may write codes that look fairly similar and seem to serve the same purpose but their ability to optimize the code may be hugely different.

Your ideal developers are the ones who can build solutions that effortlessly handle overloads: the cleaner the code, the sturdier the outcome. Probe further to see whether they are upto speed with the latest developments. Check how well the developers grasp security issues across platforms available. Discuss the factors they use to choose one tool over the other and you’ll know where they stand.

For developers to come up with agile software application development, their knowledge and insights will make the difference between an also-ran and a winner. Don’t get swayed by rates and you will not regret your decision.

5. The Best-ever is often a myth: look for Best-in-Class

Hiring the best Laravel developers is never a one-size-fits-all game. List down the requirements of your own project carefully and then scout around for resources that fit the bill. That means an organization that boasts of a large pool of resources is only important to the extent it carries what you are looking for.

There isn’t anything like best-ever. See if your project is financially and technically exciting for the developers. If it’s too big for them, they will tend to fall short. If it’s too small, you will only get a compromised solution. Get the right fit.

6. The breadth of experience of the developer

Technical competence is about knowing something well, project experience is evidence about having done something well. Don’t mix up the two.

Someone who has never worked on a similar project earlier will need a lot of briefing which will likely drain your own time. Experienced developers appreciate the nuances and importance of detailing earlier.

They are also already aware of some of the potential pitfalls. That helps them stay on top of the project. When you hire experienced Laravel developers, you are assured of a certain standard of outcome in a specified duration.

A word of caution: be wary of experienced developers who’d like to get away by stuffing their previous work into your project with little relevance. Stay firm in your requirements; if your project is a patch-work of your developers’ previous works it will not deliver.

7. Flexibility and ability to evolve on the go

No matter however much detailing you’ve poured into your requirements, some changes are sure to crop up as the project gets under way. Some project managers believe there’s nothing like change-proof project specifications!

The willingness of the developers to accommodate reasonable changes speaks of both their technical proficiency and professional maturity. Needless to add, you need to compensate the developers for major changes and concede changes in milestones.

Adept developers usually are able to take up the challenges these interim deviations throw up. As a matter of fact, the top of the lot might have even foreseen at least some of them early on. In many cases, they might come up with suggestions themselves.

As you will agree, teams work together best when there’s an atmosphere of mutual trust and respect. The factors discussed above may not be exhaustive but they certainly cover the areas that matter most. When you set out with a clear set of requirements and agree fully upon mutual expectations, your project turns out to be a winner.

How to Start an Online Clothing Store